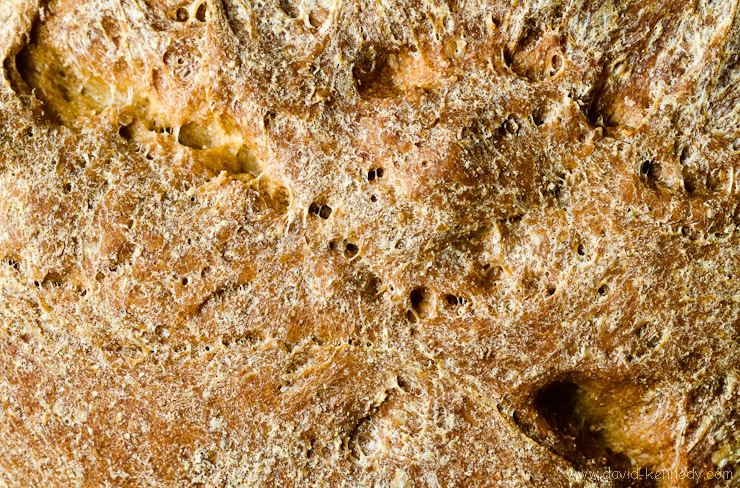 Over the past month Elizabeth and I have been working on a new project I’ll be unveiling soon.  Part of it is a new-found interest of mine: baking bread.  I’ve never considered myself a good candidate for the Atkins diet because I simply cannot get enough bread in my life.  Elizabeth has a bread machine that she purchased from a second hand store, and while neither one of us particularly likes the loaves it makes, I’ve found that it’s a fantastic dough-making machine–plus it takes care of the first rise.  Pictured here is the top crust of a very basic, but very functional sandwich bread: Light Wheat Bread from The Bread Baker’s Apprentice and featured on the Smitten Kitchen.