Everyone in Advanced Techniques was asked to create a photojournalistic image using second curtain (or “rear curtain”) snyc with their strobes. I actually haven’t used the technique much in the past, largely because it’s inordinately difficult to do so with the Canon flash system. Comparatively, the Nikon system of switching the flash mode from “normal,” skipping over “red eye reduction,” and landing on “rear” is all that has to be done. It’s stupid simple. More stupid for Canon…..c’est la vie. (But cameras that start with the letter “N” do seem to have strange white balance………)

For the simple reason that second curtain sync is easy to achieve with Nikon, I borrowed a D700 and an SB-900 from the photo department. I only took out the 24-70mm, knowing that 90% of what I had planned could be done with that one lens. First, I went to the Hulett House mixed martial-arts gym, the subject of a longer-term group project, to practice with the technique. I set up one light on a stand, gelled CTO, and bounced if off of the ceiling.

After only a few frames, I captured this image, which is one of my favorites from the evening:

Two more images after the jump…
After the Hulett House fighters wrapped up practice for the night, I called up Calin Ilea, one of my partners in crime at the j-school, to see what he was up to. He suggested I could drive up to the rooftop of the Hitt Street parking garage as he was shooting bicycle polo with some of our other colleague from class.

Eventually, I set up two lights (both gelled CTO to try to play along with the sodium vapor on the rooftop). I triggered my Canon 550EX with an eBay “poverty wizard,” and set the SB-900 to “SU-4” mode, which makes it act like an optical slave.

This way, even when I lent Calin the radio trigger for the 550EX and he gave me his SB-800, I could still trigger two flashes at once thanks to the optically-slaved SB-900. 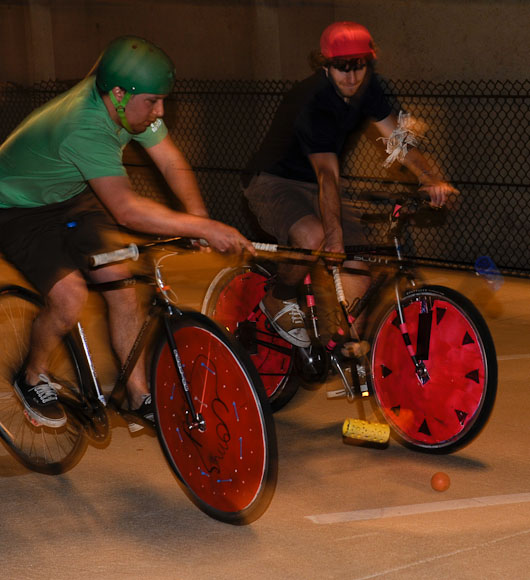 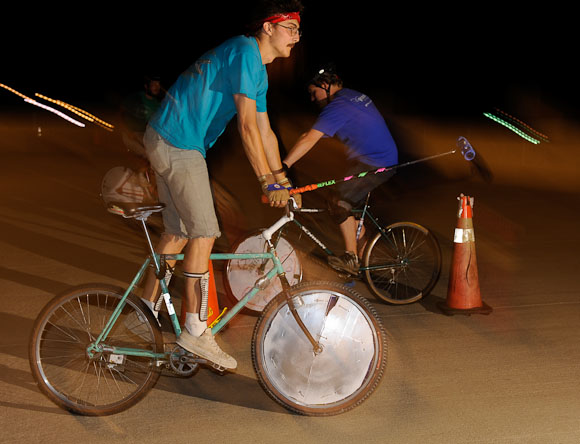