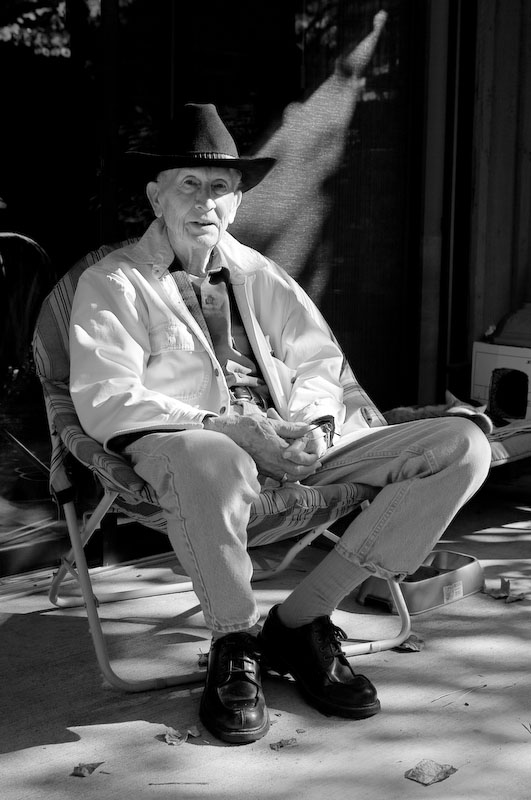 Evidently, the powers-that-be (also known as my photojournalism professor at the University of Missouri, David Rees) has ordained that one of my images for class is worthy of display among other students’ environmental portraits for one of the class assignments.  Post-processing is so different for photojournalism: the clone tool is verboten.  (Unless you’ve got a dust spot on your sensor…)  At the same time, it does make working up the image in post a lot faster–there’s less to do!

Darrell Courtney, wearing a Stetson hat, sits on the patio in front of his apartment at Parkway Apartments on West Broadway in Columbia, Mo.  He likes to spend as much time as he can on the porch, and enjoys the opportunity to talk to his neighbors.  Originally from the Black Hills of South Dakota, Courtney has lives in several states across the country.  He and his wife retired to Columbia several years ago.  “It’s a good place to sleep,” he said.  Now a widower, Courtney sold his house three years ago and moved to Parkway.  Laying next to him is Mitsy, a stray cat Courtney adopted six weeks weeks ago.   “She adopted me,” he said.